Waddle We Do With a Baby Penguin! 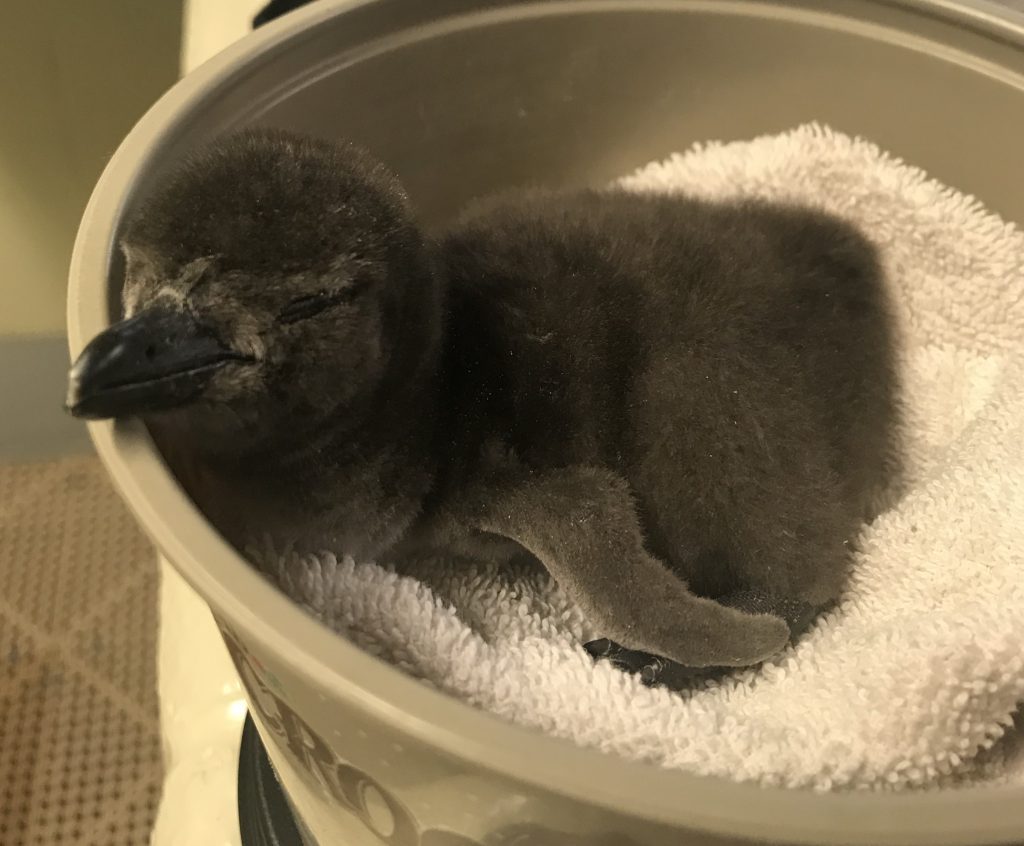 On International Penguin Day, January 20th the Saginaw Children’s Zoo had their own tiny celebration – the hatching of an African penguin chick! It has taken several years of careful planning, many science-guided decisions, and plenty of patience to successfully welcome this new arrival.

The chick hatched early Sunday morning and is healthy and strong.  Due to round-the-clock care and near constant feeding from its parents, Petey (mom) and Robben (dad), the chick more than tripled in size in just over a week.  Gender determination of young birds, especially penguins, is difficult without a DNA sample to be sent for testing. The DNA results determined the penguin chick is a girl!

African penguins, also known as black-footed penguins, are native to the coasts of South Africa. This endangered species faces challenges of survival in its habitat including harvesting the guano that makes up their nests for fertilizer and overfishing their native hunting grounds. In 2014, the Association of Zoos and Aquariums (AZA) worked with South African government agencies and conservation groups to identify actions to take to under the Saving Animals from Extinction (SAFE) initiative.  Starting in 2016, artificial nests and data collecting systems were created and implemented to help the species. The Saginaw Children’s Zoo actively participates in the African penguin Species Survival Plan breeding program to help Save Animals from Extinction.

“The meticulous work we have been putting in the past few years for a successful hatch of this fragile species has paid off. We are thrilled to be announcing a baby penguin”, said Zoo Director, Nancy Parker, “This is a huge milestone for us, and just the start of great things to come.”

At 70-85 days old, the chick will start becoming independent—which means that it won’t need to be fed by parents. The Zoo will open for season on April 20th and weather permitting, the chick will be out with the rest of the penguin flock.