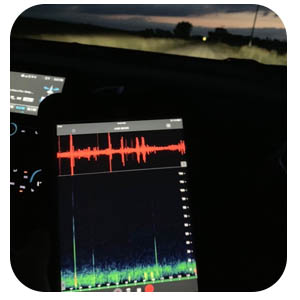 Bats play a large role in controlling populations of insects, such as mosquitos, and are important pollinators in many parts of the globe. Unfortunately, a disease called white-nose syndrome has been decimating several species of bats. The Michigan Bat Monitoring Program was established to collect information on the nine bat species native to Michigan using acoustic monitoring. The Detroit Zoo provides training and guidance for volunteers working in this program.

The Saginaw Children's Zoo is a participant, and helps collect data on bat species and habitat use in our area. At night during the summer months, staff and volunteers drive out to the Shiawassee Nature Preserve with a hypersensitive microphone secured to the top of a vehicle. They drive slowly through the preserve while the microphone picks up bat calls in the area. The data is sent to a tablet, which attempts to identify the species of bat based on its call. Once several trips have been completed, the equipment and data are sent back to the Detroit Zoo where biologists analyze the data. This helps them determine which species, and how many are  in the area, as well as the types of habitats these animals are utilizing. 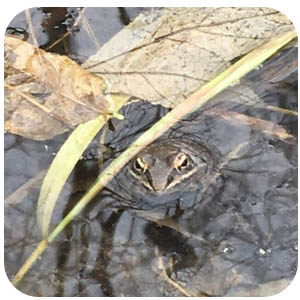 The Saginaw Children's Zoo participates in the Michigan Department of Natural Resources (MDNR) Frog and Toad Survey. This survey helps monitor population and breeding data for the thirteen frog and toad species native to Michigan. The MDNR first began this program in 1988 to learn more about the frog and toad populations in the area. Important indicators of a heathy environment, frogs and toads are not only vital to the ecosystem, but they help humans monitor environmental quality. In the last few years, individual participating in this program have noted a decline in several species, making this survey more important than ever.

In early, mid, and late summer, staff and volunteers drive through ten different sites in the Shiawassee National Wildlife Refuge to listen for and record the calls of native species. Participants go thorough a training to be able to properly identify a species based on its calls or songs. Surveys can only happen between specific time periods and temperatures. 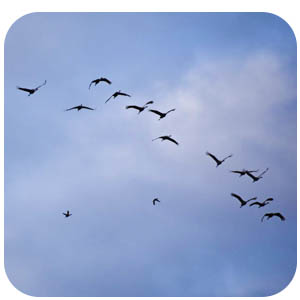 The main goal of this survey is to monitor how many Greater Sandhill Cranes utilize the Shiawassee National Wildlife Refuge as part of their migrations. In 2020 our staff recorded close to 3,000 cranes!