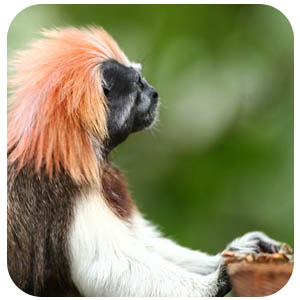 Plights facing the Cotton-Top Tamarin include habitat loss, hunting by local populations, and importation into the United States for biomedical research. The species is now listed as critically endangered and exportation has been banned.

We work with field organization Proyecto Titi to continue the great work they’ve done in the tamarins’ native habitat of Colombia. Project work includes: educating natives on how unique the tamarin is to increase pride in local biodiversity, training locals in how they can help protect tamarins, research on wild tamarin behavior and health, and addressing local pollution while also reducing poverty.

When you donate to conservation at the zoo, those donations help continue the great successes Proyecto Titi has accomplished!

Watch an example of the field research they conduct: tamarinvideo 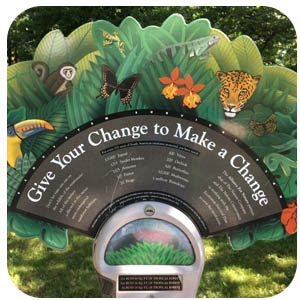 Have you seen our rainforest meter at the Zoo? When you donate to the rainforest meter, the money goes towards adopting acreage of land an an acre of ocean. The land helps save the species of threatened rainforest, and the ocean helps protect coral reefs!

To learn more about this program, visit savenature.org. 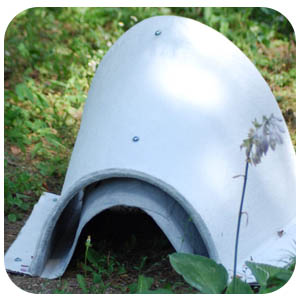 Saving Animals From Extinction (SAFE) is a program through the Association of Zoos and Aquariums (AZA). SAFE brings together AZA facilities from around the world to raise awareness and help protect threatened and endangered animals.

The Zoo is also looking to get involved with other SAFE species, so keep an eye out! Next time you visit our Zoo, ask a staff member about the SAFE logo on the back of our penguin pool!

Download these FREE apps to help save penguins and other animals and habitats in need:

Click here to learn about how AZA facilities are working to Save Animals From Extinction!

Based in Cape Town and Port Elizabeth, the Southern African Foundation for the Conservation of Coastal Birds (SANCCOB) has worked to reverse the decline of seabird populations since 1968. Volunteers, interns, and other professionals travel to South Africa each year to assist in the rescue, rehabilitation, and release of these animals. They treat an average of 2,500 sick, injured, oiled, and abandoned birds annually, with the endangered African penguin accounting for roughly 1,500 of their annual numbers. They rehabilitate an average of 24 different species of seabird each year including, cormorants, albatrosses, gannets, petrels, pelicans, gulls, oystercatchers, and more. They have admitted and treated close to 97,000 seabirds since they first began.

The Saginaw Children’s Zoo has sent two of our African Penguin keepers to SANCCOB as part of their keeper exchange program. We also donate to their efforts annually through our Conservation Fund. 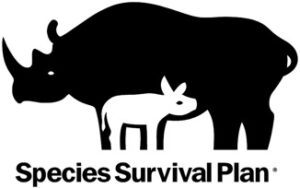